Nine Reasons Why It Doesn’t Matter Who Is President 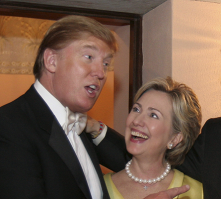 The recent presidential nominations in the U.S. reflect the inability of Americans to understand and drive political change. Those nominations also demonstrate why it no longer matters who is nominated because candidates who make it this far don’t actually challenge the status quo. For example, here are nine important facts that all such candidates avoid.

If nearly 3,000 people can be murdered in a terrorist event and no one cares how it happened or who did it, then it does not matter who is president. Americans will not remain safe or free by pandering to superficial differences between oligarchs while ignoring real threats to freedom and social consciousness.